Now that we have 2 beautiful kids through the wonderful world of adoption, I find that reflection on the past and a look toward the future is a very beneficial exercise for us. There are many more layers to adoption than I thought when we started this process 4 years ago. I decided to put an acrostic together in hopes that it would outline the important concepts of this multi-faceted process.

A -- Adjustment It might go without saying that having a new child in the family is an adjustment but more than that, the entire process of adoption is a life adjustment. At the beginning it is all about classes, books and money. Then there are the meetings with the social workers to determine the path of the adoption (domestic, international, ethnicity of the child, and other parameters.) Ultimately no matter what path you take to prepare for an adoption, the biggest adjustment is the match. It is without a doubt the largest adjustment that we have made in 19 years of marriage. With the paperwork process and the classes it is easy to be detached. But when you are introduced to a prospective birth mother, it is a beautiful adjustment that is almost difficult to put into words unless you have experienced it. And the adjustment was not any more or less significant with Eliana than with Patrick. Depending on how open the adoption is the adjustments will continue for a long time. Personally, I wouldn't want it any other way. I have come to realize that adoption is not "second best" in God's eyes. It is not something to do if and only if you can't have "your own" kids. It is near and dear to His heart and it is put in the same place as natural child birth. God gave us these children no matter the path, just as he has granted others with biological children. And, in the end, they are all God's kids. 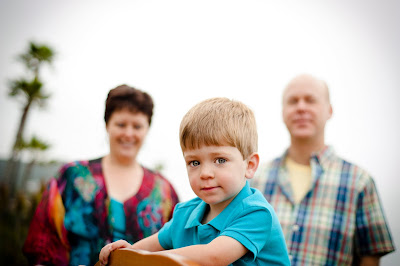 D -- Dependence The more unknown a situation is the more dependent you are on someone or something else. With both adoptions our dependence had to be 100% on God. There really is no other way in my mind. Without dependence on God you have only yourself to depend on; so many times in this life we have proven that we are not dependable. The Friday before we were connected with Eliana's birth mother we received a call that another adoption situation we were pursuing had fallen through. It was one of the most bizarre situations I have been in. Apparently the birth mom was scamming adoption agencies and families for money and had now come to California to continue the process since the agencies in Las Vegas had figured out what was going on. So getting that phone call on Friday was a relief but we were naive in thinking that the process would be delayed. The first phone call for Eliana's situation came that next Monday and off we went down the path again. Then after we settled down into the possibility of a late August birth only to get a text after church on Sunday June 26,2011 that Eliana was going to be born that day. And presto, we were dealing with a tentative match and a 3lb 6oz child who spent the next 6 weeks in the NICU in Northern California. Then we faced the prospect of having Vivian spend an unknown amount of time in Northern California (5 weeks) while Patrick and I stayed here in Southern California. We were completely dependent on God for wisdom, direction, endurance, finances etc. since we obviously had no control of the situation. 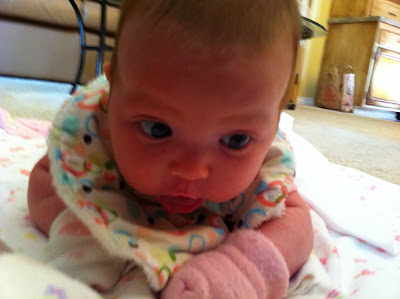 O - Openness Scary, Fun, Exciting, Rewarding, Indescribable. Which word do you want to use to describe openness? It is a default response for people who don't know anything about adoption to assume that you won't have any contact with the birth family (or "hopefully" won't have any contact with them.) That has never been our approach to the situation. We have always worked to get to know our birth families and serve them in any way possible. We continue to be connected to both families in our situation through various electronic and non electronic means. Open adoption means that you are going to meet the family and get to know them during the process prior to the birth. Sometimes this is not the case when the adoption starts with a call from the hospital. In Patrick's case we had 4 months or so and with Eliana we had 3 months before the "official" adoption. To deny the openness of adoption is to put yourself in a situation where you deny the essence of what adoption is. And it will be important to explain in full the world of adoption to Eliana and Patrick so it is vital that we don't start off with omitting truths or altering the facts. I am assuming that the story will change as we add facts when it is age appropriate. Truth is never relative and adoptions are no different. This may be where the most emotional ups and downs occur, but the end result is worth every bit of the process. 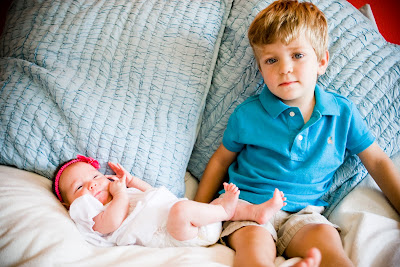 P - Prayer, Patience, Perseverance -- choose one because I sure can't :) -- all three are integral to the adoption process. Prayer reminds you to be totally dependent on God, Patience is a virtue and highly important in the adoption process and perseverance is a result of that. Since nothing is really under your control until you bring the child home from the hospital, adoption requires a enormous amount of Patience. I remember with both Eliana and Patrick that feeling that nothing was in my control. I knew it was in God's hands but that didn't mean that I had any clue about the outcome. Eliana was the biggest surprise since she came 2 months early. Patrick, however, was also a surprise since we didn't know when the real due date was going to be. Our best guess was actually 3 weeks before the actual due date. As I reflect on these 4 letters (A,D,O,P) it occurs to me that they apply equally to the birth mother/birth father. Adoption that is only understood from one view point is not adoption at all. There is an amazing amount of love, stress, and many other emotions that go into the birth mother's choice of adoption that most of us will never know. As adoptive parents we get a small insight into the thoughts of the birth mother, but I often wonder how many emotions and thoughts we are not privy to. In this day and age where you can't even discuss how much your annual salary is to your friends it is amazing that we are told as much as we are about the birth families situation. 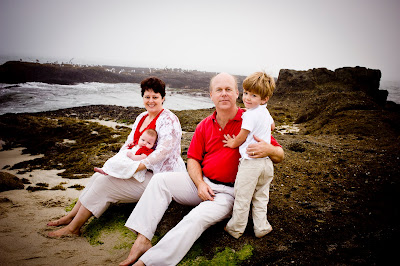 Thanks for reading
Posted by Jim at 9:36 PM